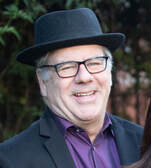 BRIAN LEONARD is a veteran comedian, writer, and acclaimed actor.  He has appeared at nightclubs around the country, and has appeared with Drew Carey, Robin Williams, and Ellen DeGeneres to name a few. As an actor, Brian has performed with San Francisco Shakespeare Festival, Center REP, TheatreWorks, and the Palo Alto Players. A graduate of DePaul University, his comedy writing is informed by his 12 years of performing as a stand-up comic. He's has written for a wide cast of characters including Caspar Weinberger, Ellen DeGeneres, Sam Donaldson, Bob Costas, Luke Wilson, and Harrison Ford.
​

Originally from San Antonio, Texas, MARI MAGALONI moved to New York City to attend a prestigious theater school, soon finding herself exceptionally busy in the local theater/television scene, appearing in many productions including Law & Order.  She left her burgeoning career to move to the Bay Area to raise the love of her life, Max.  Since then, Magaloni has appeared in many local theatrical productions, films and revues.  She has also performed as a stand-up, winning competitions and praise from peers and critics by regaling audiences with her unique hysterical blend of family, heritage, motherhood and a righteous sense of good and evil, right and wrong and black, brown and white.  She recently cut a CD of satirical sketches with Johnny Steele and Michael Bossier as the Fake Comedy Radio Hour.

MICHAEL BOSSIER, a third generation San Franciscan native, has performed Stand Up Comedy world wide from the beaded curtains of Paris’s Follies Burlesque to Catch A Rising Star in Las Vegas, from Chicago’s Second City Stage to England’s Comedy Store.  Bossier’s masterful stagecraft began under the tutelage of SNL’s Del Close and the mother of Improv Viola Spolin.  He received the San Francisco’s Improv Festival’s Lifetime Achievement Award for his group Spaghetti Jam.  He also founded and directed the world famous Comedy Store players.  Michael has performed as one half of the comedy due, "Deb and Mike" and is currently head writer for San Jose Stage Company’s Monday Night Live as well as Will Durst’s “Big Fat Year End Kiss Off Comedy Show.”

THE TIGER CLUB, a fluid collective of musicians playing Baxter Robertson’s wildly imaginative compositions, an eclectically evocative brand of instrumental pop conjuring exotic locales, intrigue, wry wit, elegant cool, mystique, silken soul, and lush sensuality, among other tastefully stylized but playful moods. The Tiger Club was born in 2004 from the need to play adventurous but accessible music that harnessed Robertson’s compositional skills and his desire to connect people through live music. Their latest record Mephisto Island (Aeneid Recording Company) showcases a distinct band identity threaded through a vibrant tapestry of complimentary and contrasting styles. Check them out at: tigerclubband.com 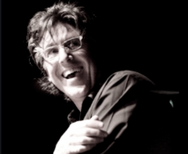 BAXTER ROBERTSON (Band Leader, Composer) developed his fearlessly theatrical creativity performing in a popular LA street band from 1973 to 1976. From that fertile time, he went on to record as pop-rock artist for such labels as RCA, Atlantic, and ATCO. Robertson holds a degree in music composition from UCLA, and currently is an in-demand commercial composer for television, major motion pictures, apps, and toys. In addition to this work, he teaches graduate level studies in harmony and music theory at the Academy of Art University in San Francisco. From the need to play adventurous but accessible music that harnessed his compositional skills, sense of whimsy, and desire to connect with people through live performance, The Tiger Club was born in 2004. The band is a collective of musicians with a well-developed sense of band identity. In today’s computer-based culture, it’s a revelation to hear a punchy horn section, stately strings, and clever arrangements played in real time by a cast of world-class musicians from all over the United States. 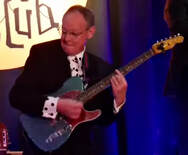 CAL BALL (Producer/Musician) is a member of The Tiger Club and a partner at Aeneid Recording Company. Mephisto Island was produced and mixed by Cal for his indie imprint Aeneid Recording Company. Ball crafted a production aesthetic that is warm and vibey with a pristine, modern pop clarity. The album was recorded by engineer Willie Samuels at Studio Trilogy and mastered by grammy award-winning mastering engineer Bernie Grundman.
​

NANCY BALL (Producer, Marketing) is a founding member of The Fake Comedy Collective.  She has worked as a representative at Studio Trilogy. 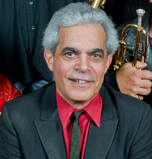 JIMMY GOINGS (Producer, Sound Engineer) Back in the day when music was enriching and had a passionate tone, Jimmy and the group Santa Esmeralda were emerging into a sensational band that was dedicated to giving the crowd great music to enjoy. “The music that we were producing was heartfelt -- somebody in the audience could relate to and that was one of the biggest reasons why we were so successful. We had passion!" Jimmy has been producing music non-stop and is still going strong even after the age of 60.  With over 40 years of experience, he records, produces, and mixes top quality music across genres. As the Owner/Manager at GFI Entertainment, Jimmy focuses on detail, development, and finding the ideal sound. Check out:  gfientertainment.com 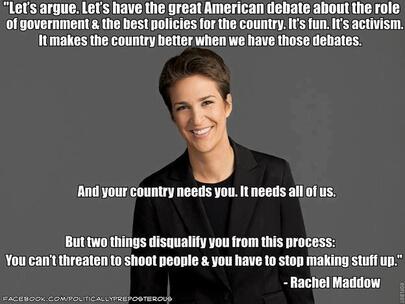